Water and energy from toilet wastewater on military base  In 2016 the Royal Netherlands Army invited business and science to come up with ideas on reducing the environmental footprint of military...

Water and energy from toilet wastewater on military base

In 2016 the Royal Netherlands Army invited business and science to come up with ideas on reducing the environmental footprint of military bases. This year, after having tested the best ideas, the army will sent a 20-feet container to its base in Mazar-i-Sharif, Afghanistan. Developed by Pure-Tech a sister company of Jotem Water treatment, this sophisticated purification unit uses X-Flow membrane technology to turn toilet waste into clean water and energy.

As part of a defense program called Smart Base, a field lab in the Netherlands was first set up to test the practical value of innovative solutions aimed at significant reductions in water and energy consumption. Any successful solution has to be robust and reliable to be useful in a military setting. With a view to the complexity of earlier systems tested by the army, there was some initial doubt among experts about the viability of the ‘Power up your poop’-concept developed by Pure-Tech.

The treatment of toilet wastewater, also known as black water, poses its own set of challenges. A cutting pump chops from Pentair Jung pumpen, transfers all the waste into tiny fragments, and the X-Flow membrane at the heart of the system separates the aqueous phase from the solid matter, ensuring that bacteria and viruses remain in the reactor. The membrane can be flushed from both sides to prevent any blockages. Although the original system featured an anaerobic process, ultimately Pure-Tech opted for aerobic waste water treatment. The self-contained unit now being deployed in Afghanistan processes 300 liters an hour. 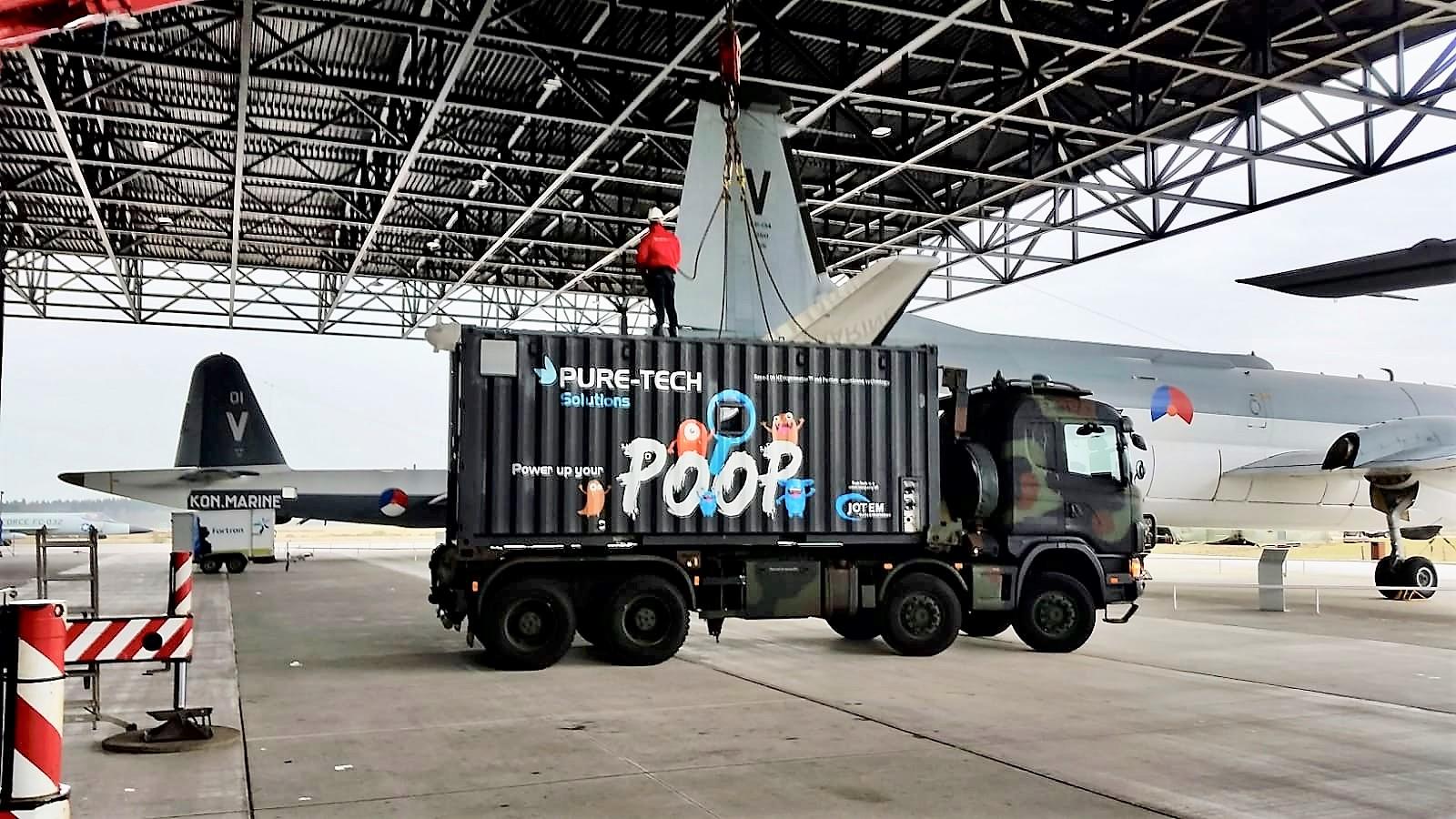 The original anaerobic civil concept was developed at the University of South Florida (USF) and can be used for decentralized wastewater treatment anywhere. It can also process other organic flows such as kitchen waste. The biogas produced from the sludge in the reactor goes a long way in making the system energy-neutral, and the water can safely be reused.
The systems built by the University of South Florida also rely on X-Flow membranes and are currently put to the test in India and South Africa.

Whereas biogas production has long been seen as a waste solution in the agricultural world of animal husbandry, putting human waste to good use is a relatively new concept. USF has successfully launched the NEWgenerator, in which NEW stands for Nutrients, Energy and Water. The miniature sewage system, also housed in a container, can help solve water and sanitation problems in developing countries as well as refugee camps or disaster areas. The units reliably produce drinking water and renewable energy.

Read more about the NEWgenerator in this article of Fox13

Dutch article about wastewater and the search for a smaller footprint
Source: www.defensie.nl 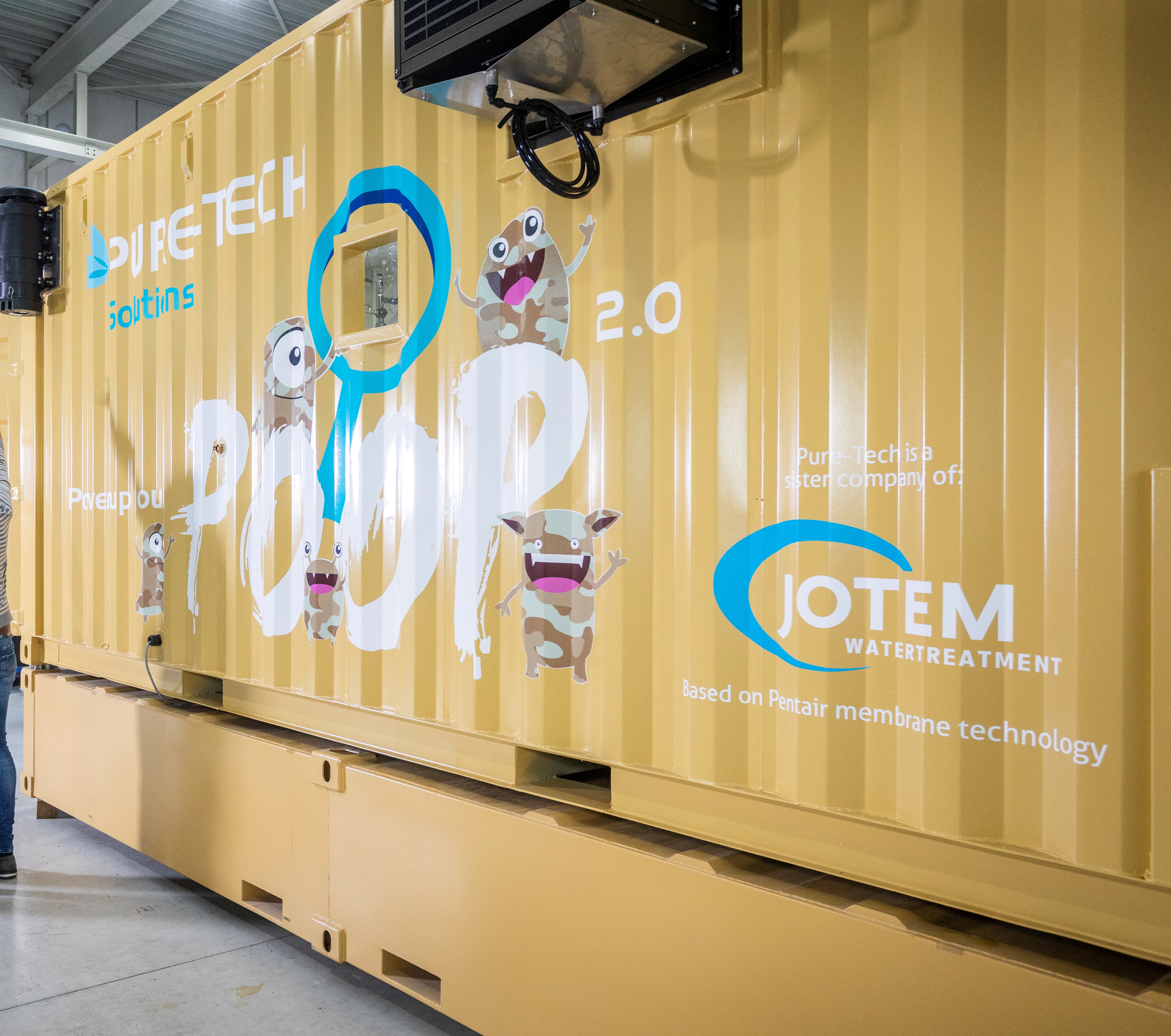